In mid-1966 through mid-1967 I was in the army stationed in Udorn, Thailand.  The US Army had a small contingent of about 50 GI’s that was actually on a Thai army base about 3 or 4 miles down the road  from the large joint US and Thai air force base in Udorn.  We were apart of Stratcom that commanded a communications facility in support of the war effort in Viet Nam.  When we went to work we would travel that small distance to the airbase where I was a electronic technician in a tropo-scatter radio van called a TRC-90A.

We were constantly told about the cultural peculiarities of the Thai people and how we should show respect for their way of life. We were held responsible for the deeds done by the Thai’s if they were under our hire or direction.

On this occasion, I was in a cab alone with a Thai driver headed toward town for a little R&R.  The cab was a little Datsun (now Nissan) 1000, travelling much too fast for the conditions of the road between the two destinations.  A motorcycle rider was zipping in and out of traffic and somehow got in front of us and slammed on his brakes when the traffic ahead suddenly slowed.  We hit the bike rider and ran over the motorcycle and I believe the impact  injured him badly or even worse.  The bike ran off into the khlong (a nasty ass water canal with unmentionable stuff in it) and the cabbie stopped the Datsun, looked at the fallen bike rider and begun to run like heck the other way.  Yeah, he ran, leaving the cab there idling with the drivers side door open.   I thought, oh fudge, took the clue and I too ran the five miles back to the base.

To this day I don’t know what happened to that motorcycle rider but I was not going to stay around to find out. From the preaching’s the army gave us I figured that if I hadn’t hired the cabbie he wouldn’t have been there and ultimately it would fall back on me.  That was the logic used by the (in)glorious UCMJ (Uniform Code of Military Justice).

I don’t know what the record was for the 5 mile run but I believe  I set it that day. 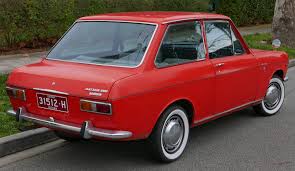 2 Replies to “The Cab Ride To Town”