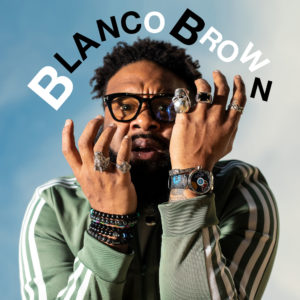 Today June 14th, 2020, I recall that 55 years ago (1965) I boarded a Greyhound bus heading to Oakland, CA, the Army Depot there. It was a seventy-mile ride that seemed like a thousand. I was apprehensive not knowing what the next few years of my life would hold.

The next morning, I boarded another bus, this time a drab green one headed to Fort Ord in the Monterey Bay Area. At 21 years of age I was 2 or 3 years older than most of the other passengers on this second leg of the trip. Most were draftees with a 2-year commitment, a few of us were volunteers with a 3 year bid. Other services were 4 or more years for volunteers.

Little did I know that some of the people on that bus would become the dearest of friends for a lifetime and some would pay the ultimate price for their country.

We arrived in the early evening and even before we got off the bus the yelling started.  Drill sergeants with uniforms that fit superbly, starched and with razor sharp creases rousted everyone off the bus.  We went through a line of supply soldiers haphazardly measuring our bodies to equip us with our first official uniforms.  We had uniforms now, but rest assured they did not look anything like the sergeants that were screaming at us.

The boots issued from the quarter master crew were supposedly the correct size, but they killed my feet for about 6 of the 8 weeks I was in basic training.  With sloppy uniforms and hurting feet I was now rushed off to get my head buzzed with my first of many military haircuts.   About 15 full strokes over my head with the bare clippers I was done and now I looked just like all the other guys that came down on the bus with me.

With a duffle bag stuffed with fatigues, a second set of boots, a dress uniform, and other military issued underwear and toiletries we were ushered off to our new home, the barracks.

My unit was the first to go through basic training at Fort Ord since re-opening after the horrendous outbreak of meningitis that had hit the troops there a little while ago.  Therefore there were plans in place to help prevent another outbreak on post.  The barracks were 4 floors tall.  Each floor had a large open area and lined with bunks on either side with an aisle down the middle.  Each sets of double bunks, one on top and one below was set a prescribed distance away from the next set of bunks.  The guy on top would sleep in the opposite direction of the one below and the bunk next in line would be just the opposite. So, head to toe up and down and side to side.

The windows always had to remain open.  Now, in the late spring and early summer in California you wouldn’t think that would be a problem. It wasn’t the heat that was the problem it was the cold.  Fort Ord was (it’s closed now) right outside of the coastal town of Monterey.  Monterey and Carmel are world famous for their beauty and charm.  Fort Ord however, had the reputation for importing their own weather.  It would be scorching during the day and freezing cold at night.  Guess we had a choice, freeze to death or contract meningitis.

Eight weeks seemed like an eternity.  I learned a lot of military discipline, structure, how to shoot a rifle, hand to hand combat, and was in the best shape of my life.  It was just the monotony of during the same thing almost daily for 2 whole months.  I got to be an expert at shining boots, polishing brass, cleaning a rifle, marching in cadence, and following orders.

Most of the post was comprised of training areas and they were mainly sand and giant ice plant.  When we’d go to the range or most other places we’d march up and down sand dunes and through ice plant routinely.  When I graduated from basic training in August, I’d had my fill of all that and if I never saw another grain of sand or patch of ice plant, ever, I couldn’t care less.

It was about 2 weeks after I got out of basic training, I headed to New Jersey to begin my Advanced Training.  The school was Fort Monmouth near the cities of Red Bank, Oceanport, and Eatontown.  It was also about 45-50 to either Newark, NJ or New York City, both to the north.

I lived in Cincinnati most of my life before then and I was used to the weather, even though I had spent about two years in California I acclimated quickly to the fall climate and the bitter winter that was to follow.  The training the military provided was outstanding and by the time I left Fort Monmouth in June the following year I had vastly improved my skill and understanding of the electronics that were current for the period.

My next stop was a temporary duty assignment at Kessler AFB in Gulfport, MS.  This assignment was only for about 30 days to receive specialized training in tropo-scatter radio technology and the multiplexing gear that went along with that to make a communications package designated as AN/TRC 90-A.  Didn’t know much about that unit at the time but I would become remarkably familiar with every facet of it in the year to follow.

This was my first time being in the southern United States. I think Louisville Kentucky was the furthest south I had ever traveled in my young 22 years of age. I didn’t really know what to expect but I did find it was rather interesting in 1966.

Some of those Udorn stories.