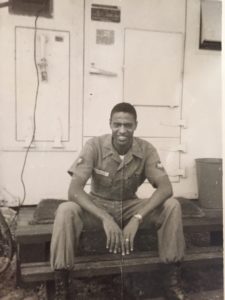 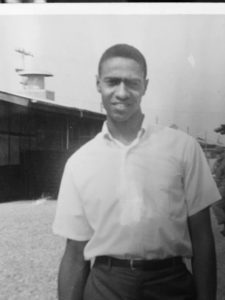 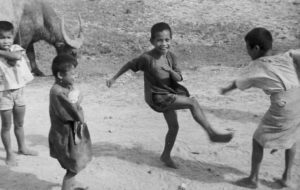 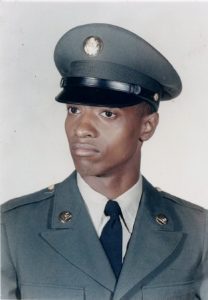 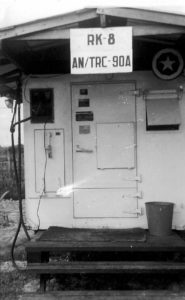 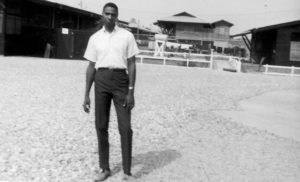 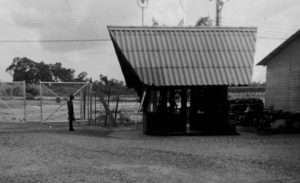 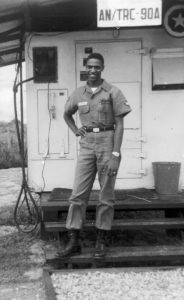 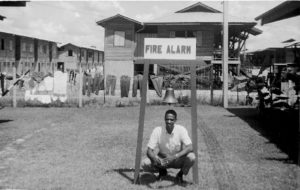 When i was updating this section about the year I spent in Thailand I read the various stories I had written and none of them talked in detail about the guys I hung-out with for nearly a year.

Most of these guys were African American, drafted with a two year commitment and really couldn’t wait to return back to the States to get on with their lives. The only difference between me and them was that I had enlisted and had an additional year tacked on to my commitment. The route we took to get there didn’t matter we just had to get through it.

One big brother from Texas, I think Houston, was named Seay. I can’t think of his first name which will be typical of the stories as I go through them. At this writing our last interaction was 53 years ago.

Seay thought he was a lover, a player, and any other cool name that fit the era. He couldn’t wait to get off duty, put on his bell bottoms and disco style shirt and head to town. Lord only knows what he did but when he came back to the barracks, if he did, he would be wasted.

He would give me a bad time because I rarely went to any of the clubs downtown, I preferred to stay at the compound and drink top shelf booze for 25 cents a shot.

One afternoon Seay stopped by my bunk with only a towel wrapped around his fat ass, put his foot up on my footlocker and commented about me reading a letter that I had received that morning. He said “Damn, Skip. You get a letter from your wife almost everyday. I don’t get shit. When I go to the mail-room I don’t even open my mailbox I just “peep-off” in there. Yeah, he said “peep-off”.

Doc was from South Carolina and had a drawl to go along with it. I can’t remember his first or last name now after 53 years. Doc, as the name implies, was a medic. We affectionately called him the “pecker checker”.

We played bid whist a lot to pass the time and Doc was one of the best whist players that I have had the pleasure of playing with or against. Which begs the question of why he would try to cheat if he could. He really didn’t have to but, he would renege given the chance.  Of course, everytime he was caught it was by mistake.  Right.

After the cards were dealt, Doc would slide down in his chair, eyes scanning left and right, and a big grin would come over his face like the Grinch. Now that wasn’t a tell, his hand could be terrific or horrible but the demeanor didn’t change.

Inevitably as the bids would go around the table Doc would tell the last bidder, no matter where they were in the sequence, that they had stole his “bud”. Of course he meant his “bid”, but his South Carolina drawl wouldn’t let him.

Again I’m lost on the actual name but he named himself Tiger, we didn’t pin him with it. Tiger was about five foot six. Weighed about one hundred thirty pounds and thought he could kick anybody’s ass. Well that was after about one beer. Before drinking Tiger was a mild mannered quiet guy with a great sense of humor.

One could watch Tiger begin to change into a different person as he consumed alcohol. A pleasant face would slowly begin to turn dark, eyes would begin to glaze over and a smile became a smirk and the orneriness would begin. First a few playful fake jabs to the face of the person he happened to pick that day or night.

Fake jabs would began to get closer and closer to actual punches to the face so much that one would have to start blocking his blows and began to become very defensive. Usually protecting yourself only aggravated Tiger more and the punches would escalate until a full fight broke out or Tiger directed his attention to someone else.

Tiger did this to me on many occasions and usually I could get him to stop or I’d just leave the area until he found someone else to harass. On one occasion I couldn’t get him to stop or maybe I was just in a bad mood that day, Tiger and I had a real fight. This little guy was a scrapper but my height and weight were to my advantage plus the fact I hadn’t been drinking the way he had been. I must say that I kicked his ass pretty good but I guess he had a short memory because it wasn’t long after that day Tiger was back again with the fake jabs to my face.

Cool Breeze was from Los Angeles. Talked shit all the time about “I did this in LA, I did that in LA”. I’m from Compton, don’t mess with me.

Cool Breeze didn’t like living on the compound with the rest of us GI’s so like a lot of other guy’s he rented a bungalow off base. The rents were dirt cheap and on a E3 or above rank the  rent was doable.

Cool Breeze and I worked some of the same shifts in a set of communications vans which were located a few klicks down the road on the large joint US and Thai Udorn AFB.

He kept bugging me to come over to his rented bungalow to hangout and smoke weed with him.  I didn’t smoke weed, never had and thought that I never would.  Cool Breeze kept pleading, begging, prodding me to just take a hit off this “good shit” he bought from a Thai friend. He kept giving me some excellent bourbon he had stashed in a secret place in his solo bungalow.

I was 22 years of age at this time and pretty much never succumbed to peer pressure but I finally gave in and took one hit.  Nothing happened so I took another and I knew right then that I had screwed up badly.  Before Cool Breeze could stop me I was out the bungalow door out into the streets running like a mad man three miles back to the army compound.

Days afterwards I was telling Tiger, Doc, Seay, and some of the other guys about my experience and they just laughed.  They all knew that Cool Breeze fortified his “good shit” with more potion stuff that I don’t even want to know what it was.